What is Himalayan salt?

Himalayan salt is a pink-hued salt found in the Himalayan mountains that is used as an alternative to table salt as a food additive, as well as being a popular ingredient within the beauty industry. Unlike traditional salt, Himalayan salt contains less sodium and is rich in minerals, including calcium, zinc, potassium, and magnesium.

Himalayan salt is a natural antibacterial and anti-inflammatory ingredient, allowing it to soothe irritation and remove impurities from your teeth. This multi-tasking natural ingredient can help tackle everything from cavities to toothaches. As a natural alternative to traditional table salt, Himalayan salt is commonly found within spa treatments due to its ability to kill harmful bacteria without causing irritation.

The benefits of Himalayan salt in toothpaste

Himalayan salt is an ingredient that has been used in Korean dental care routines for generations due to its anti-inflammatory properties. Himalayan salt works to remove bacteria in your gums and teeth, helping to prevent plaque and tartar building up.

What makes Himalayan salt unique is that it helps to remineralize your tooth enamel, repairing and rejuvenating your teeth. If you’re suffering from tooth decay, Himalayan salt can help you strengthen your teeth and return them to their natural state. As a mineral-rich ingredient, Himalayan salt helps to tackle cavities by defending against plaque to protect the enamel of your teeth.

By killing the bacteria in your mouth, Himalayan salt offers you fresh breath all day long. It also works to gently remove stains from your teeth as a whitening mineral-based ingredient, along with strengthening your gums and teeth. Himalayan salt also helps balance the pH level of your mouth to protect your gums and your tooth’s enamel.

Using Himalayan salt in your toothpaste can help to prevent gum disease by killing bacteria and reducing inflammation. Himalayan salt helps to maintain, protect, and

improve the condition of your gums. If you’re looking to invest in your teeth to help naturally whiten them without using an expensive treatment, Himalayan salt could be your solution.
Although Himalayan salt is a natural ingredient, most people choose to use it as an alternating shampoo. Instead of using it every day, they swap out for it several times a week to give their teeth a pick-me-up without being too abrasive. 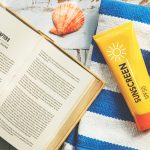 No products are in your cart.
Click here to browse all our products or close cart. 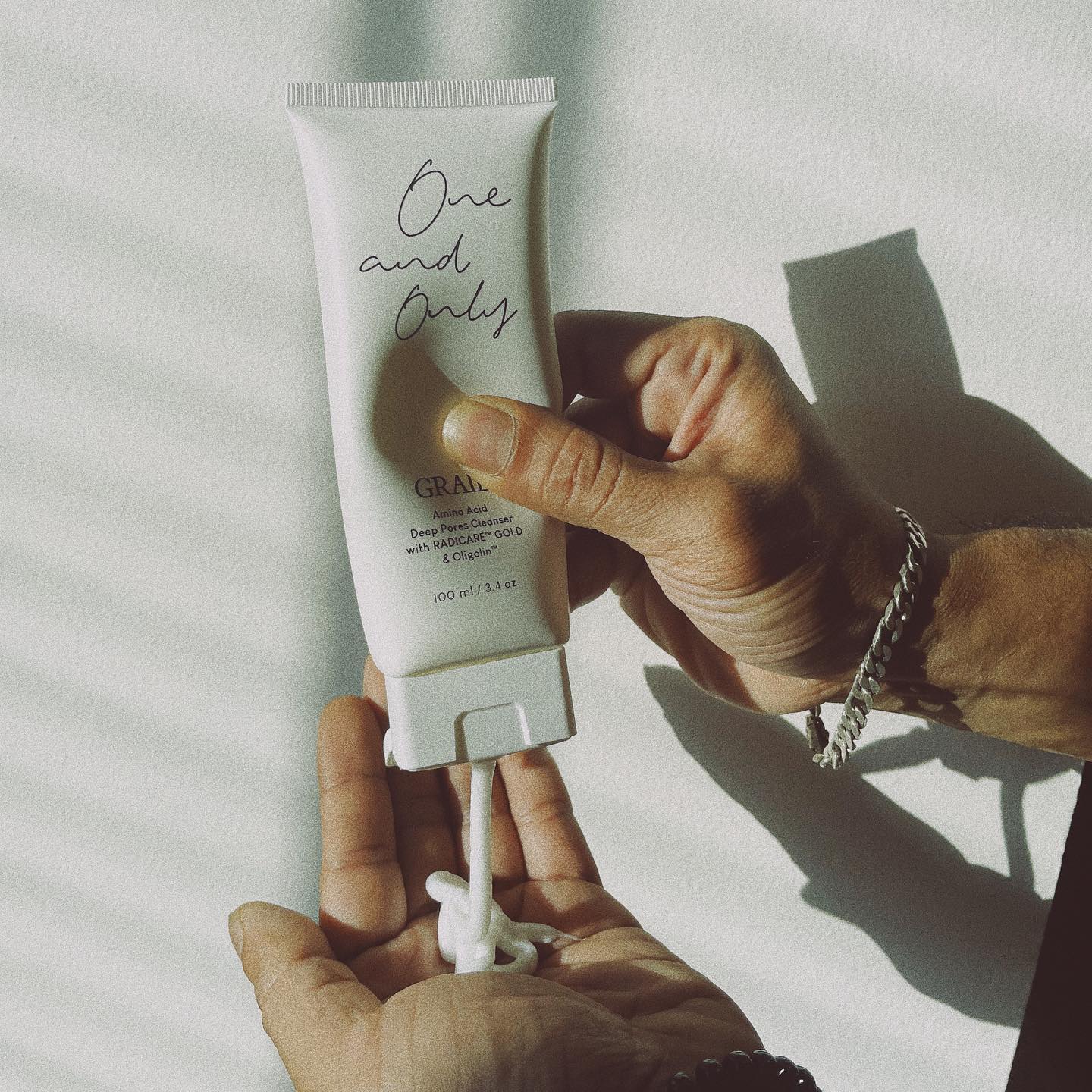 grail.skin
•
Follow
Your true self is hiding under all the dead skin cells but not anymore! Hooray to our savior “One and only” deep pore cleanser. It helps to retain skin suppleness, lighten dark spots, unclog pores and helps skin to remain hydrated.
View on Instagram |
1/12 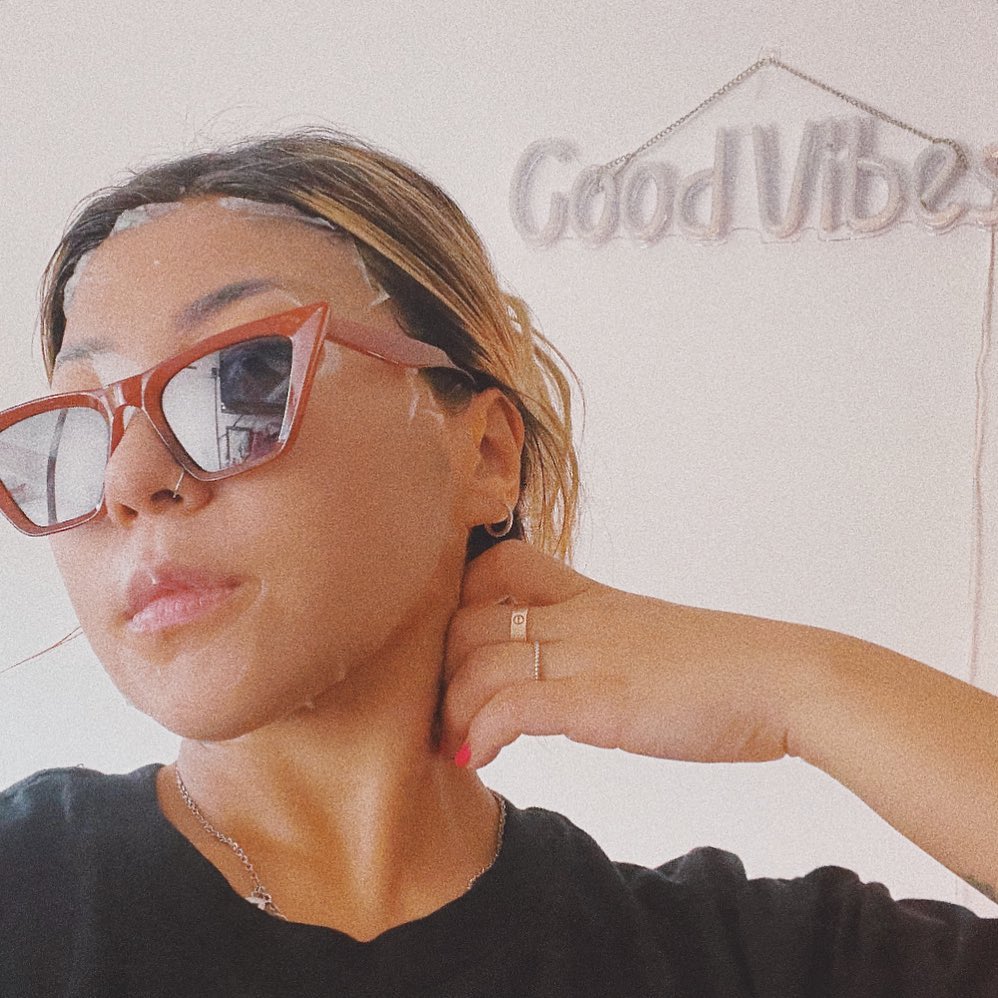 grail.skin
•
Follow
Balancing at best. At midday, we sometimes like slapping on a mask while taking a break off screens. It does the trick to recharge and focus 🫶🏽
View on Instagram |
2/12 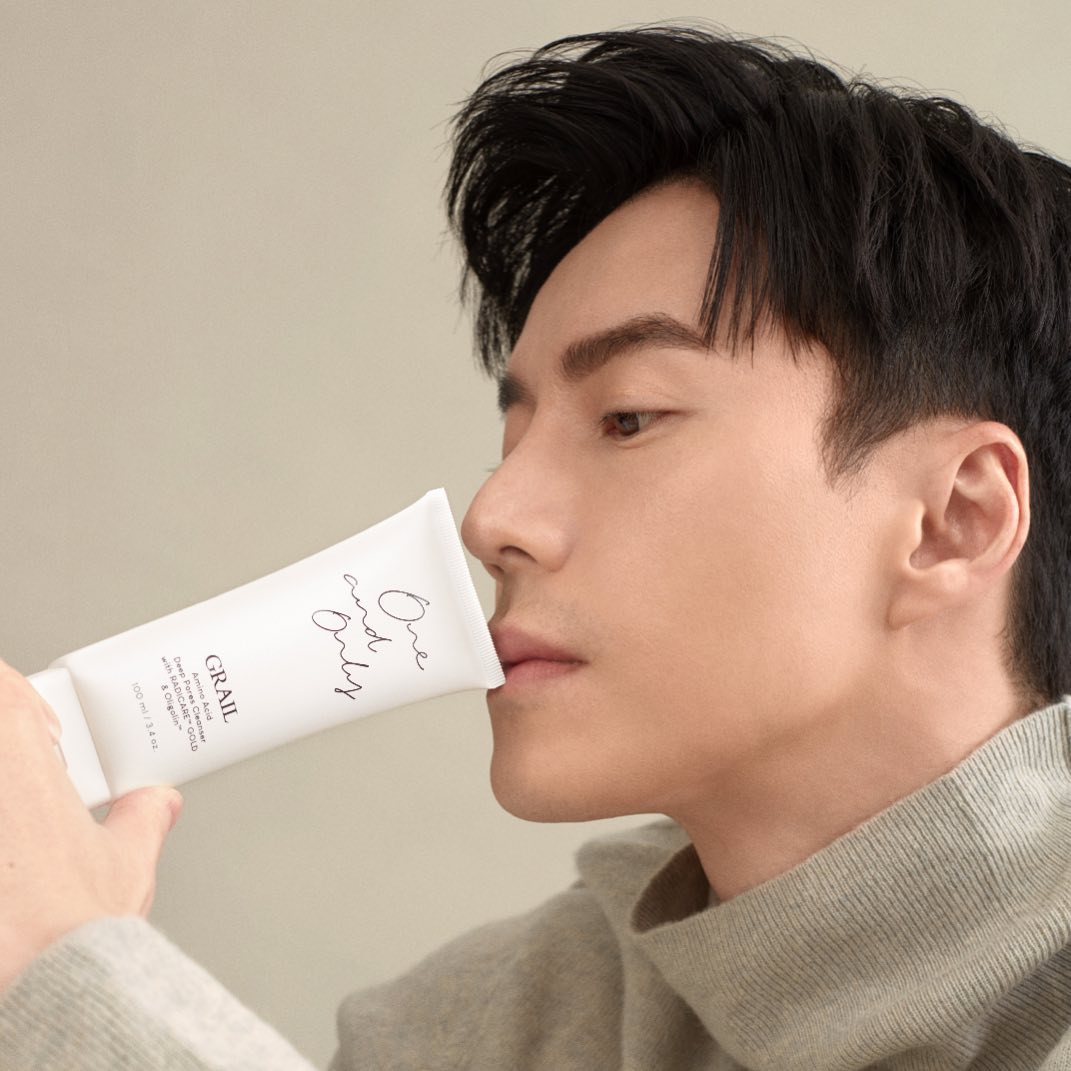 grail.skin
•
Follow
Morning Routine made better! <GIVEAWAY> We love to make you look and feel good! Hence, we are giving away 2 sets of “one and only” deep pore cleanser and “bright-smiles-only” toothpaste. How to enter: • Take a picture of yourself with our products (show us your creativity) and tag us at @grail.skin • You can enter as many times as possible but be sure to be following @grail.skin Entry will not be considered if you are not following @grail.skin. Giveaway ends 11:59pm SGT, July 8. Winner will be notified via DM. Good luck!
View on Instagram |
3/12 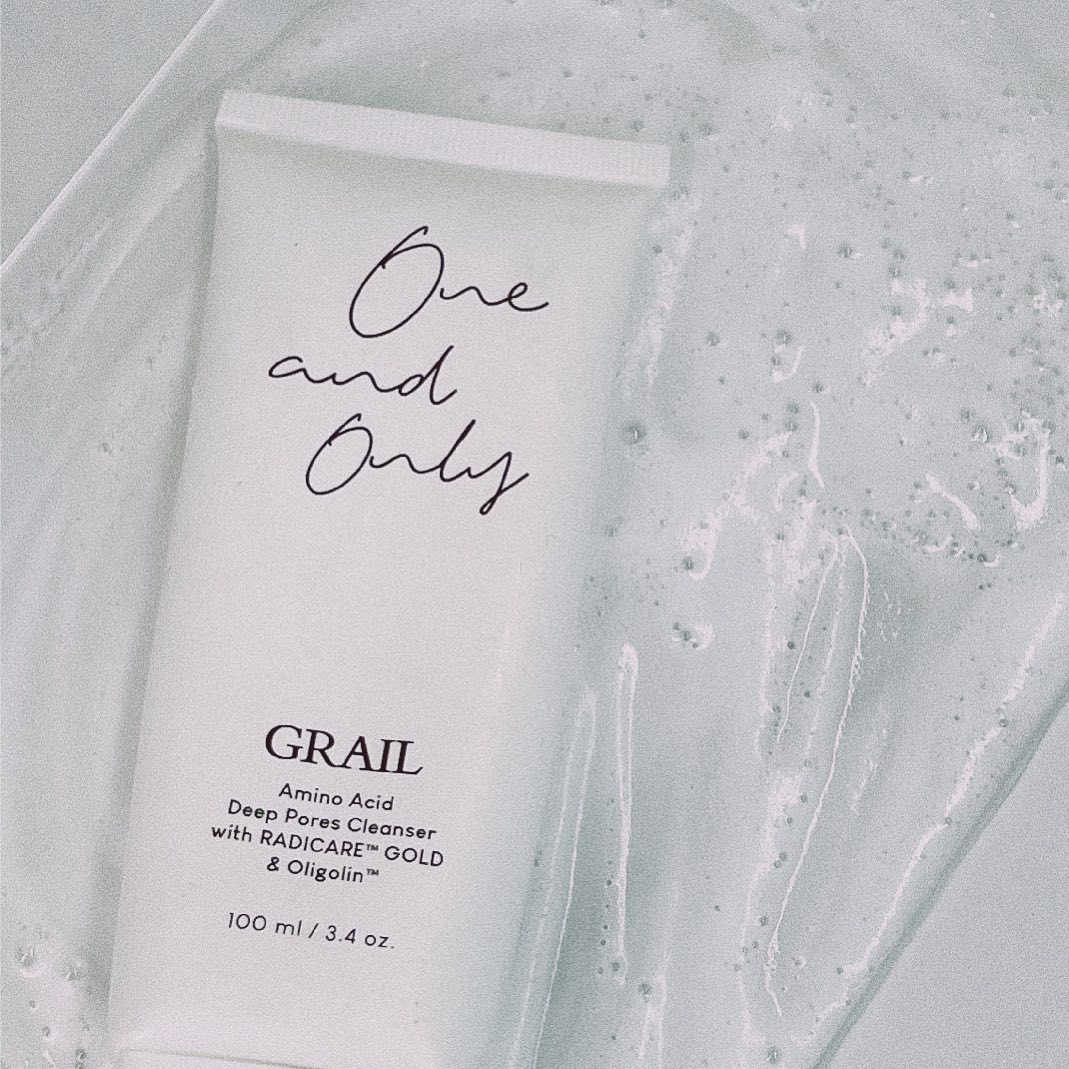 grail.skin
•
Follow
Let’s talk texture of our deep pore cleanser! FOAMY | LUXE | THICC We love how a little squeeze can do the magic. A tube can last you a long way where you can reap what you sow 😋 We love you for taking care of your skin!
View on Instagram |
4/12 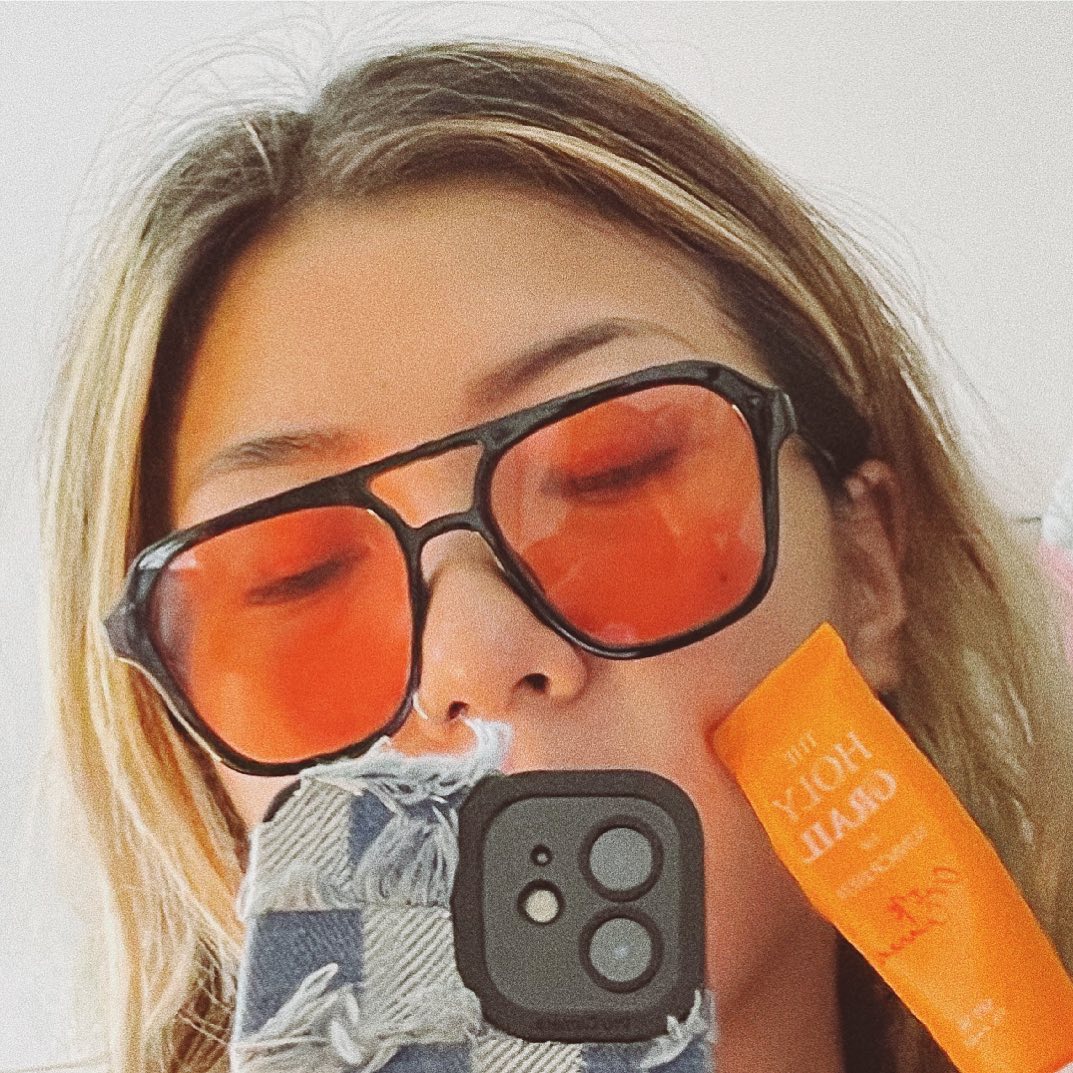 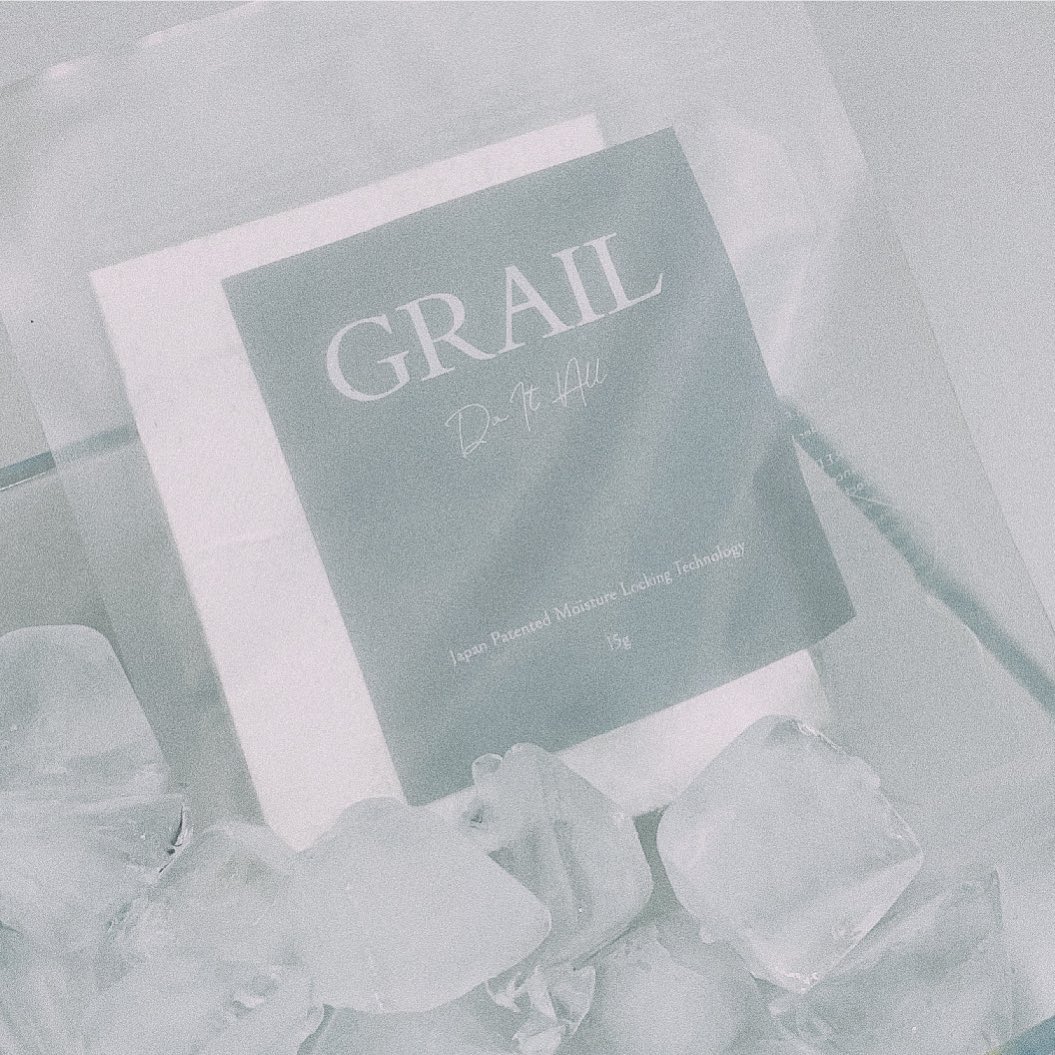 grail.skin
•
Follow
Skincare routines shouldn’t be complicated. That is why we created an all in one sheet mask that won’t stress your skin and overload it with too many products. With do-it-all, it hydrates, balances and calms your skin. And not only that, it brightens and hideaway dull and tired skin ✨
View on Instagram |
6/12 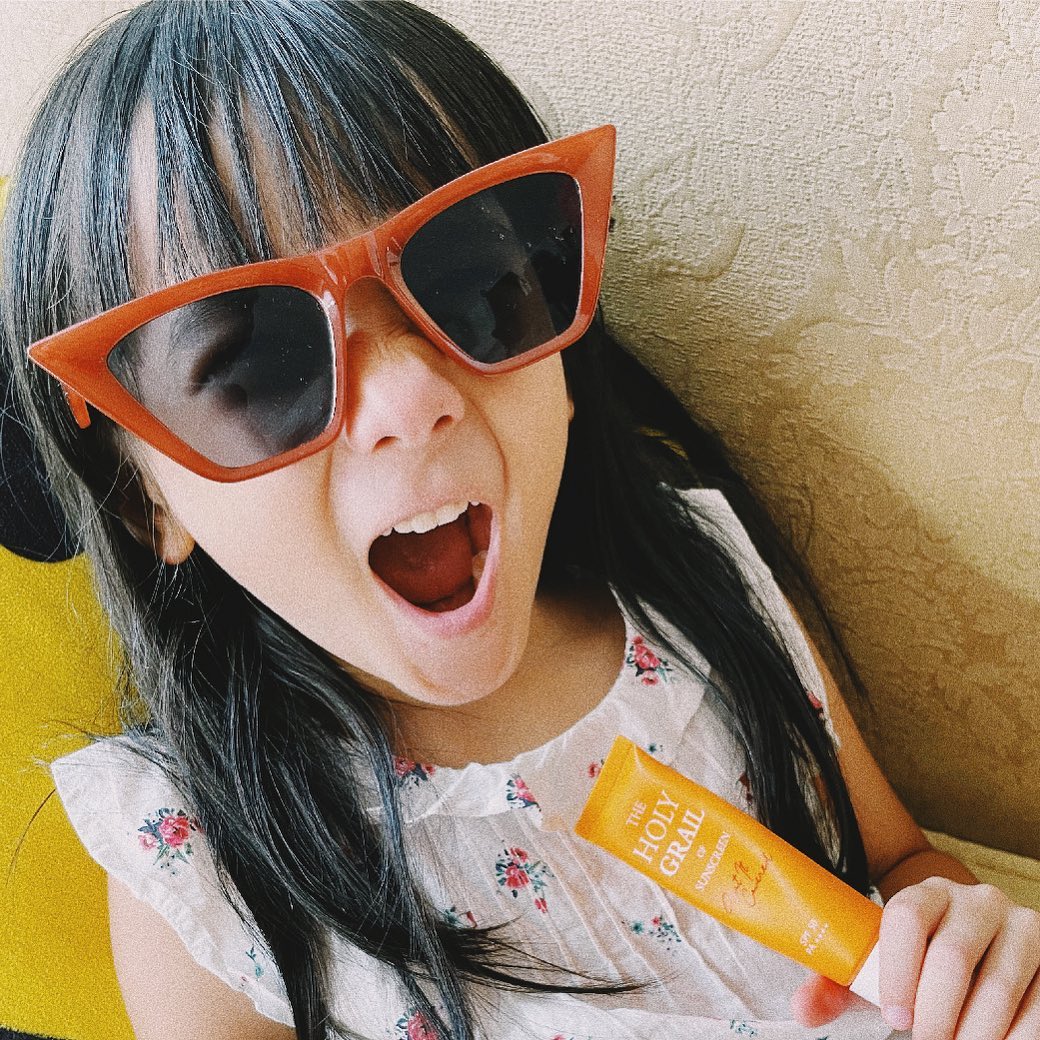 grail.skin
•
Follow
A sunscreen (SPF 50 PA++++) that’s made for all skin types, all gender and any age group. It is gentle on the skin and provides skin protection that is perfect for your little one! Let this be their holy grail ✨☀️
View on Instagram |
7/12 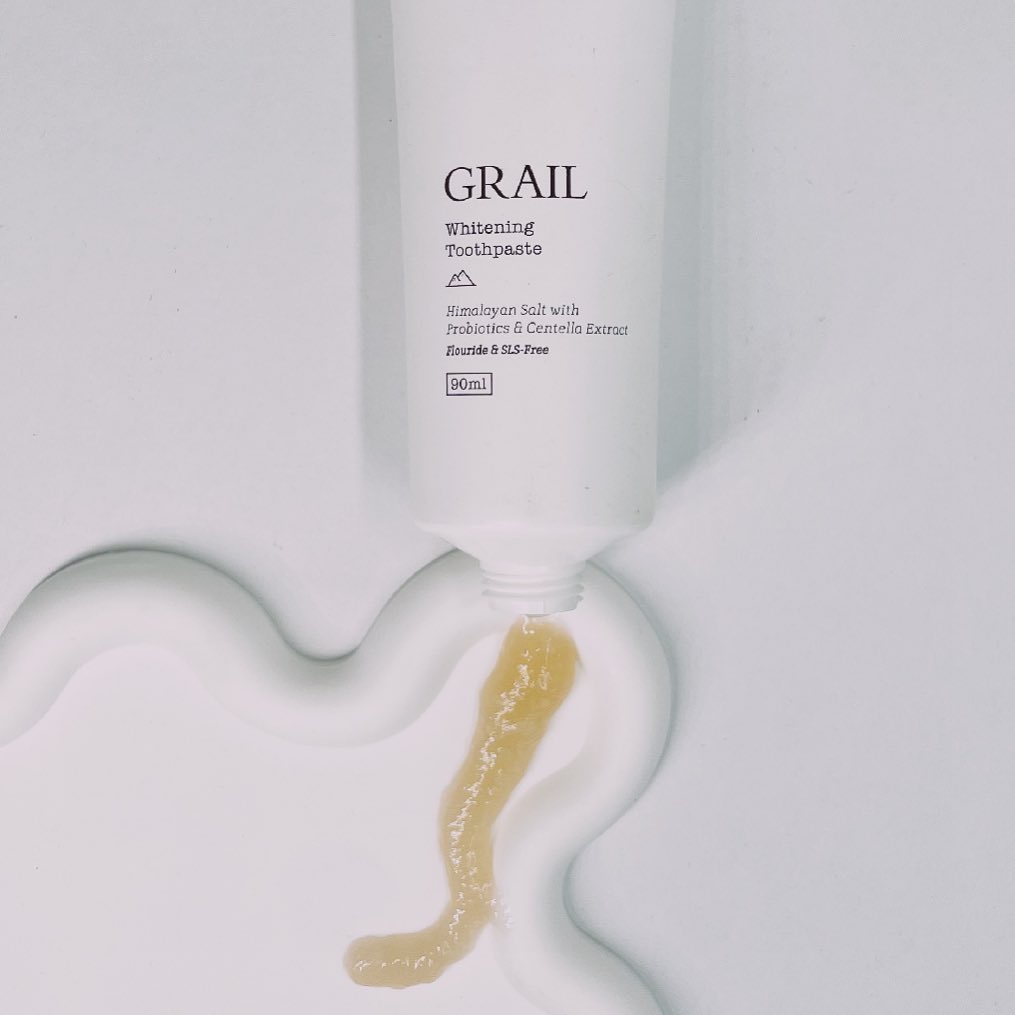 grail.skin
•
Follow
What does bright-smiles-only do? It’s boosted with pink Himalayan salt and calendula flower, which gently and effectively removes 99% of oral bacteria, prevents gum diseases and brightens teeth. Who wouldn’t want a fresh and sparkly smile! 😬
View on Instagram |
8/12 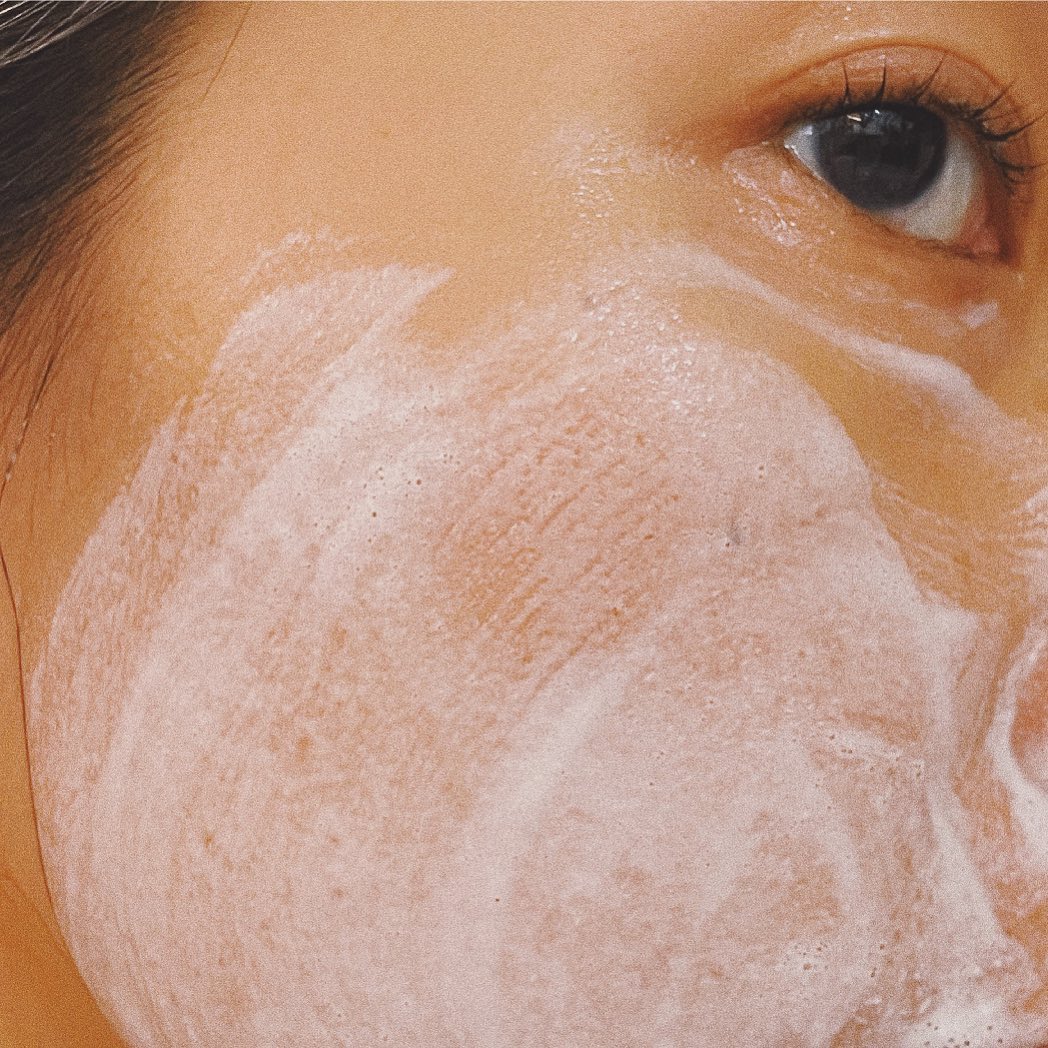 grail.skin
•
Follow
“One and only” cleanser - Formulated to be gentle and good for all skin types. It contains anti-aging superfood, Oligolin that helps control oily skin, retain skin suppleness and packed with probiotics for your skin. All in all, locking in hydration and regulating moisture levels.
View on Instagram |
9/12 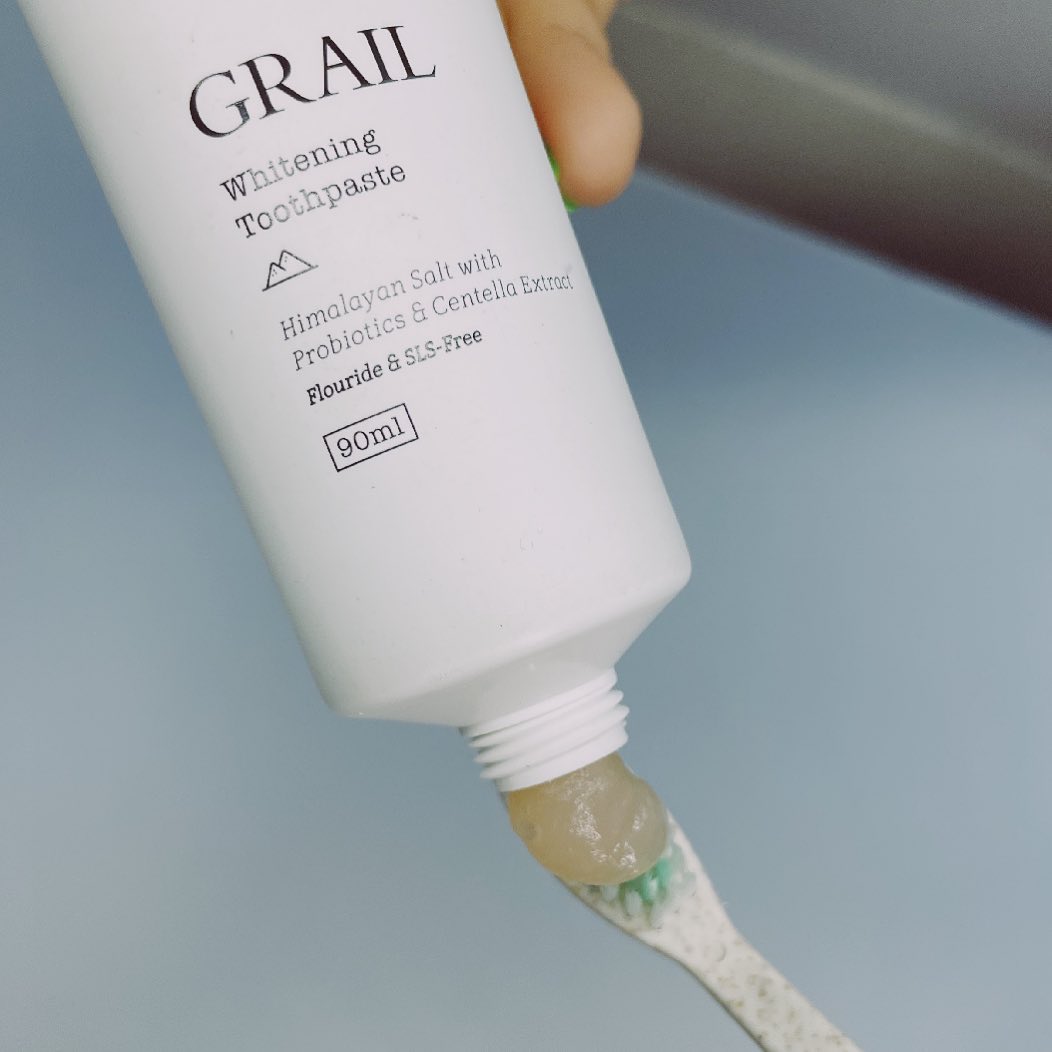 grail.skin
•
Follow
Pop of freshness with our “bright-smiles-only”. It gently and effectively removes 99% of oral bacteria, prevent gum diseases while brightening teeth 😬✨
View on Instagram |
10/12 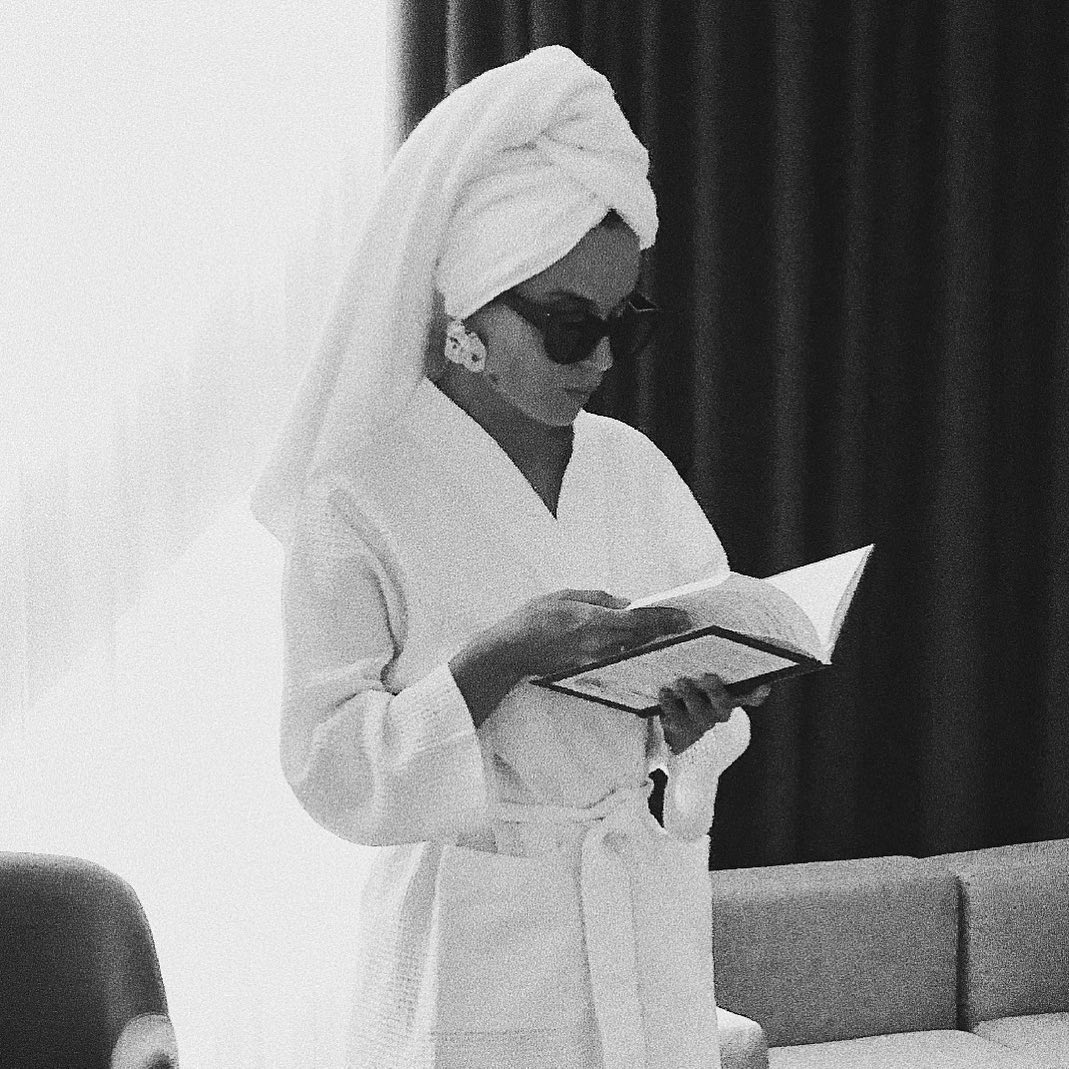 grail.skin
•
Follow
*DO NOT DISTURB* Rolling in the weekend with self care. Step 1: Put on do-it-all mask Step 2: Light up our glow up candle & enjoy the calming scent of Lavender and White Tea Step 3: Pick a good book (we highly recommend Atomic Habits by James Clear) Now you are ready to roll
View on Instagram |
11/12 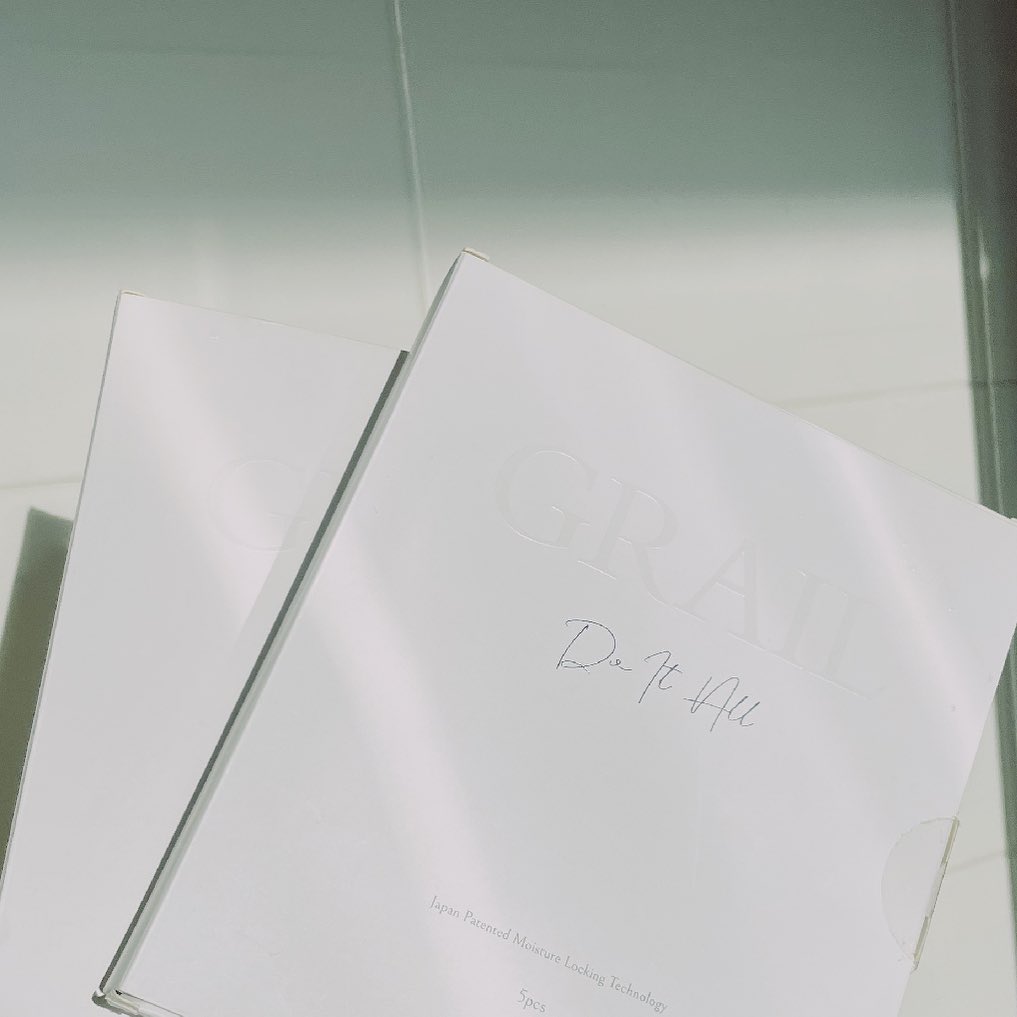 grail.skin
•
Follow
Beauty? Sustainability? Why not! Do-It-All is made from biodegradable materials, packed with goodness for your skin. It is great for your skin and great for the planet as well. What a perfect mix!
View on Instagram |
12/12

Free Delivery in Singapore for orders above SGD$ 200